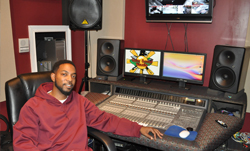 Solar Sound Studio was established 2006 by Vance Vision to offer the best audio tracking and mixing to Atlanta’s recording community. Owner and head engineer Vance Vision has over 20 years of professional experience in the Recording Industry. Vance has a B.A. in communications from Clark Atlanta University and has a Recording Degree from Full Sail University. He has engineered and mixed for projects featured on BET “Monique Show” and ABC Family “Looks Of Love”, and worked on platinum projects such as T.I.’s “Trap Music”, Britney Spears “In The Zone”, and Akon “Locked Up”. After gaining experience from engineering at other studios for years such as Jagged Edge’s JOI Studios, Patchwerk Studios, and Red Zone Entertainment, Vance opened his very own location Solar Sound Studio. Some of Vance’s Solar Sound Studio clients include Lil Keed, Future, Young Thug, Suzann Christine, 8Ball & MJG, Sa Roc, Bizarre of D12, and Public Enemy. Solar Sound Studio has become a local Atlanta favorite studio since it’s conception and will continue to offer the most talented engineers and best service. We look forward to recording and mixing your next hit!

His client’s include Young Thug, Gucci Mane, Rocko, and many more.

Kip Hilson is a professional audio engineer of 8 years. He was no stranger to recording studios prior to his start in engineering. With Grammy-nominated recording artist Keri Hilson being his sister, he spent a lot of his adolescent years sitting in studio sessions learning the song-making process and recording terminology. Kip Hilson has recorded sessions and produced for artists such as Young Thug, Migo’s, T.i, Keri Hilson, Raury and Kia Shine. 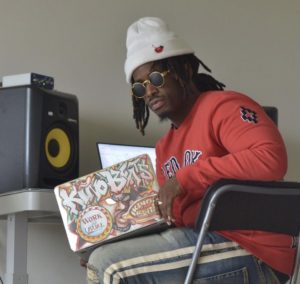 Keno Beats is a skilled industry engineer, international tour dj, and producer. Having spent years engineering & DJ’ing for Super Producer Lex Luger and artist OG Maco, he developed engineering techniques that top artists consistently request him for. Having worked the boards & produced for artists such as A$AP Rocky, Pharrell, Juelz Santana, Wiz Khalifa, and Jeezy, Kino has the know how to give you an bonafide top notch session experience. 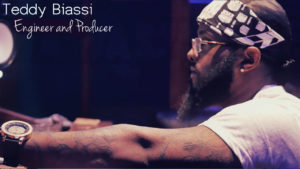 Anthony “Teddy” Biassi is an accomplished engineer and producer from Long Island, NY.

During high school Teddy excelled in music production and was recognized by music mogul, Ryan Leslie, where he began engineering as an intern. He went on to study at Norfolk State University and graduated with a bachelor’s degree in Music Education & Music Media.

With over 15 years of experience, Teddy is well known for professional mixing and production; boasting a résumé to include artists such as: Cassie, Ashanti, Waka Flaka, H.E.R, and production credits on major TV networks such as BET and VH1.